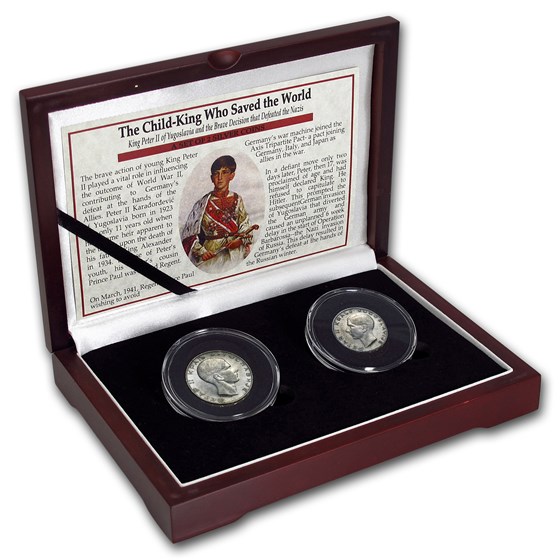 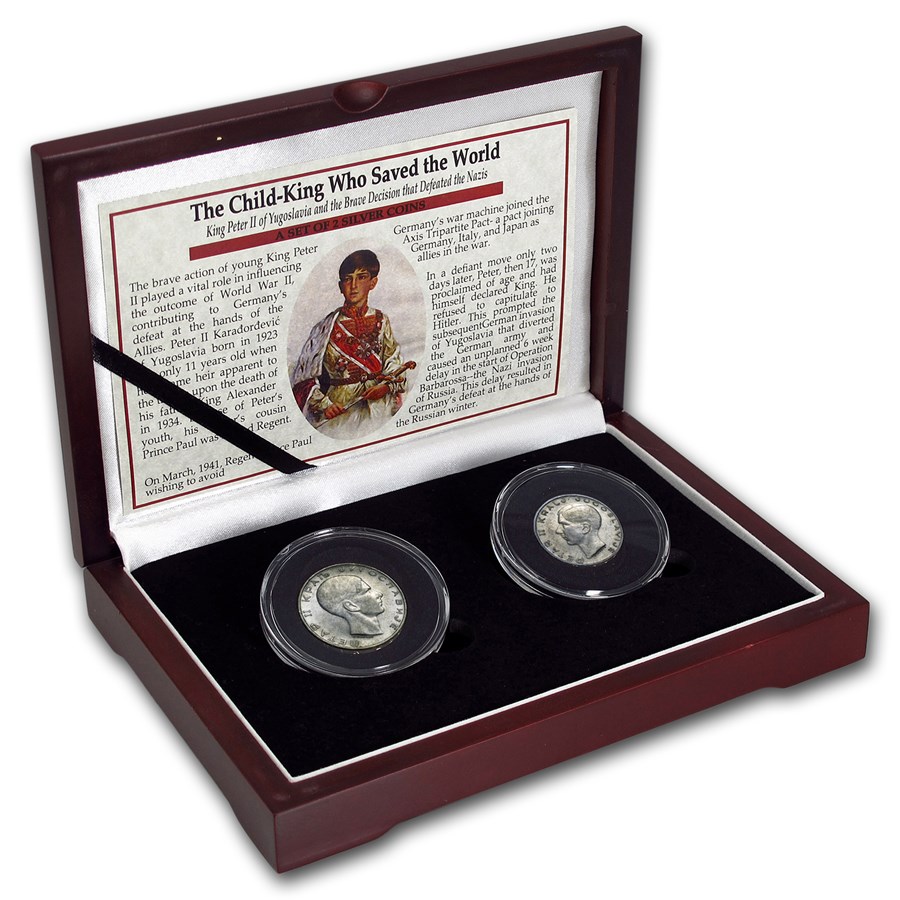 Product Details
Product Details
Brave resistance by this young king against Hitler required German troops to subdue Yugoslavia, delaying by several weeks the planned invasion of Russia, with disastrous results for the Nazis.

Add this historical collection containing the only two coins that were ever minted of Peter II to your cart today!

Peter II, the King of Yugoslavia refused to capitulate to the Germans just two days after his predecessor agreed to join the Axis Tripartite Pact. This prompted the subsequent German invasion of Yugoslavia that diverted the German army and caused an unplanned 6 week delay in the start of Operation Barbarossa, the Nazi invasion of Russia. This delay resulted in Germany’s defeat at the hands of the Russian winter.