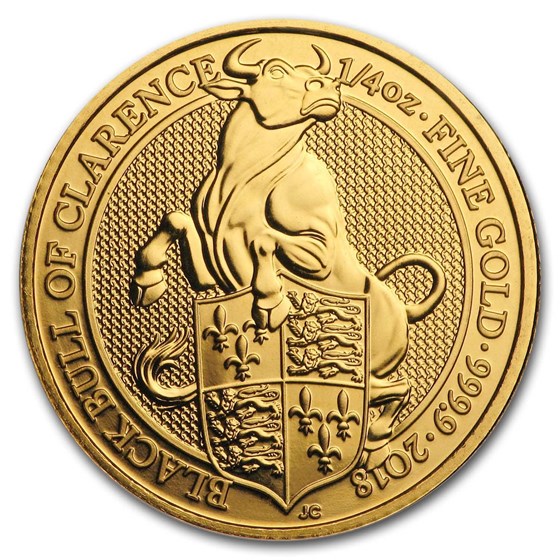 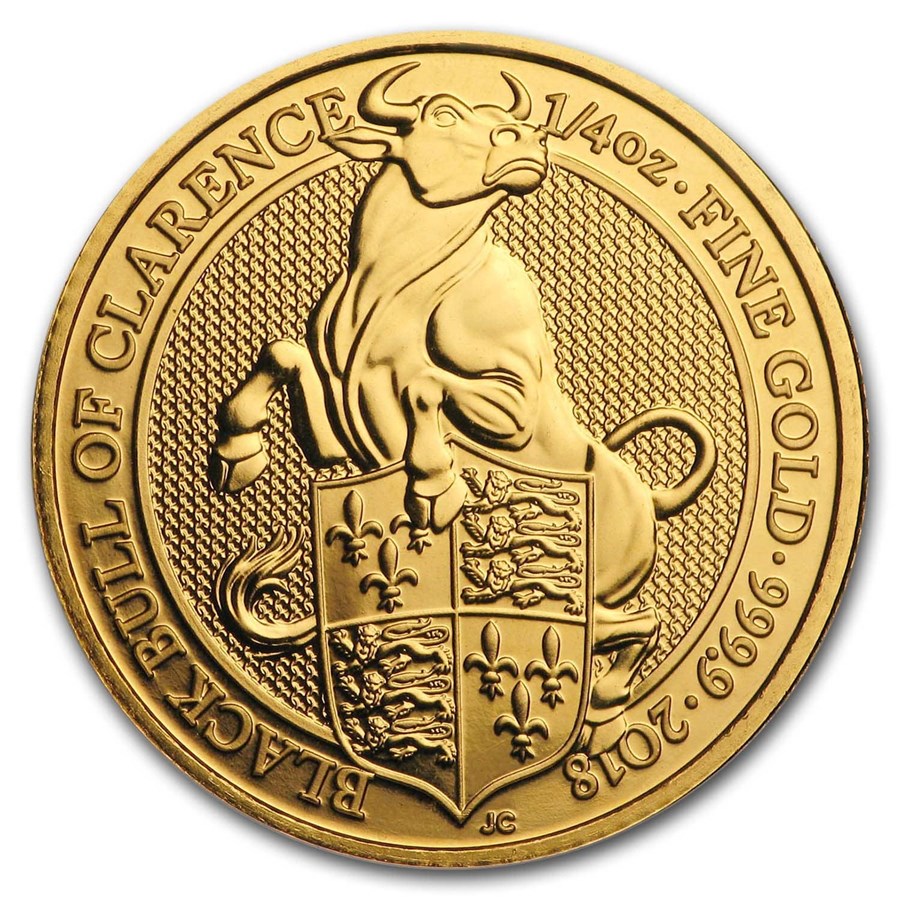 Coin Highlights:
Display your 1/4 oz Gold Queen's Beasts: The Bull in style by adding an attractive display box to your order.

Add the fifth coin of this exciting new 10 coin series to your cart today!

An absolutely beautiful coin! In my opinion the Queen's Beasts are some of the nicest coins by design and condition. I love the 1/4oz size gold pieces. Thanks APMEX and I look forward to the future coins.