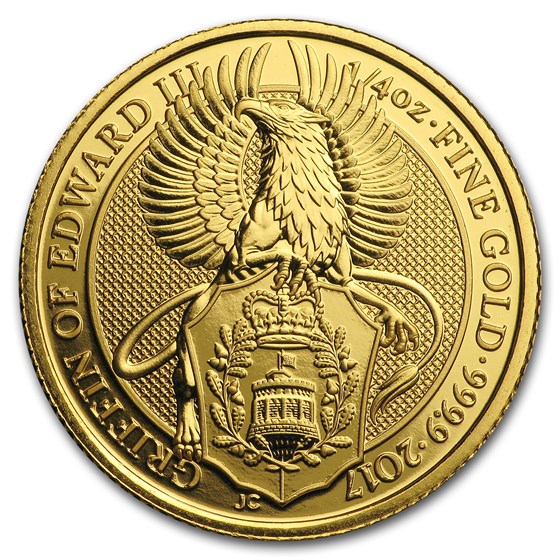 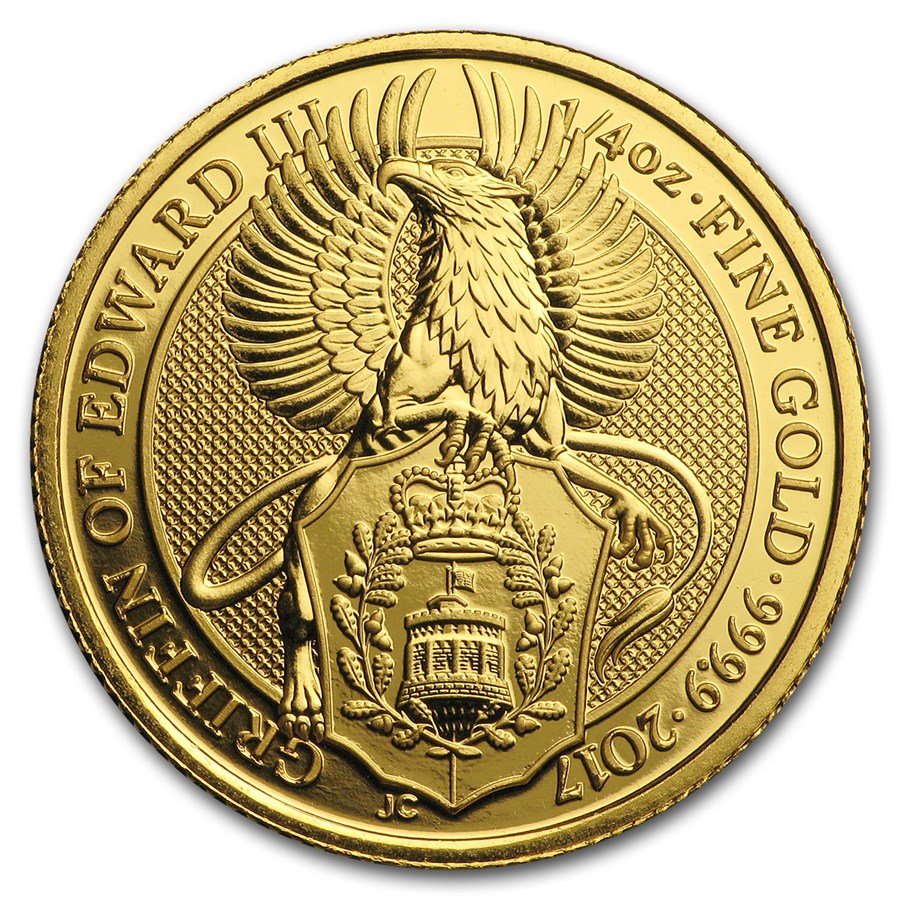 Your purchase will match the quality of the product shown.
Product Details
Product Details
The Queen’s Beasts celebrates the British Monarch and the centuries of fascinating heraldry that has been a part of their story. Now available in 1/4 oz Gold, this is the second release in a popular new 10 coin series.

The British Royal Mint offers the 1/4 oz Great Britain Gold Queen's Beasts (Griffin) coin. The Griffin Gold bullion is the second coin in the 10-coin series. In 1953, 10 sculpted beasts was present as guard at the Westminster Abbey during the coronation of Queen Elizabeth. These Gold coins are unique and offer tremendous value in 1/4 oz Gold. Buy these coins today and add value to your investment or collection.

Fractional Gold coins make a great addition to any Gold collection because it can diversify the Gold portfolio. Royal British Mint Gold is sought after by investors all over the world because they continually produce high quality coins with intricate and detailed designs. The 2017 Griffin 1/4 oz Gold Great Britain Queen's Beasts coin is no exception. Order the Gold bullion coin from APMEX at competitive prices today.

Not only does a griffin combine strong features of the lion and the eagle, it is a symbol of wisdom, vigilance and strength.

The 1/4 oz Great Britain Gold Queen's Beasts is a perfect addition to any Gold collection or investment. The fractional Gold size is affordable to buyers and investors on a budget. These high quality Gold coins depict the fierce and loyal mythological creature, the griffin. Its detail is perfectly conveyed on the reverse of the coin. This 1/4 oz Gold coin will make a good investment opportunity today.

The griffin is the most beautiful among the series as far as I am concerned. A beautiful coin.

just received this and as always no complaints from Apmex. Top notch service. Stunning coin.

Perfect condition. Collecting them all.

These are beautiful in Gold and Silver Coins

design and gold content drew me to this purchase.

First time buyer from APMEX, but it won't be my last time. Packaging was phenomenal. Coins were received in excellent condition.