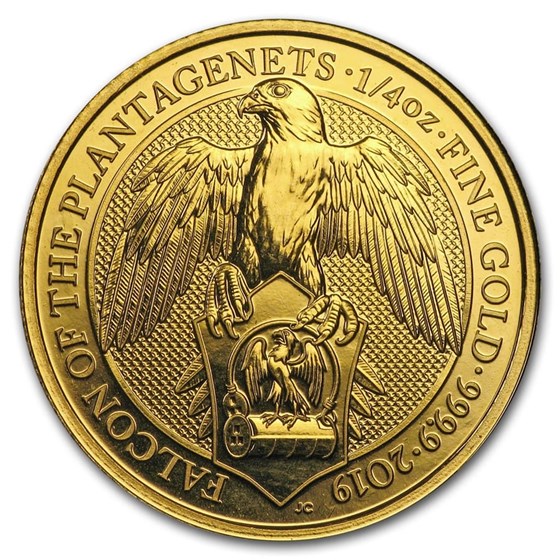 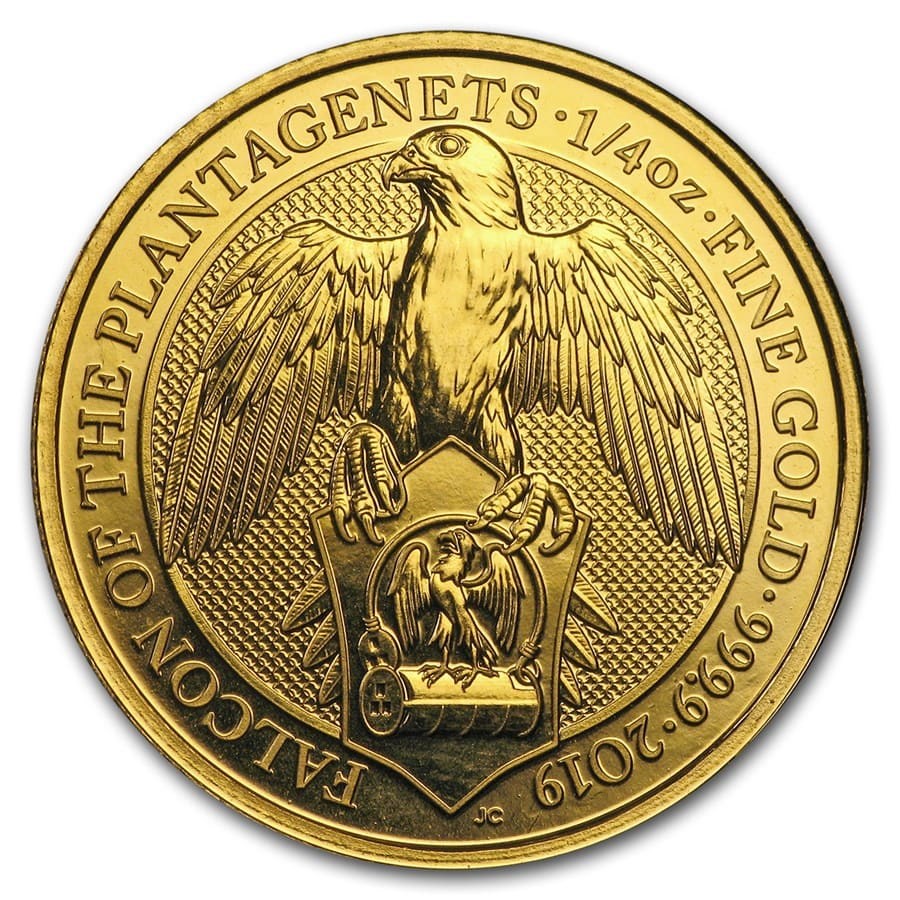 Product Details
Product Details
Majestic and powerful, the Falcon of the Plantagenets continues the legacy of impressive designs from the popular Queen's Beasts series.

Coin Highlights:
Display your 1/4 oz Gold Queen's Beasts: The Falcon in style by adding an attractive display box to your order.

Add the sixth coin of this exciting new 10 coin series to your cart today!

The detail of this coin is truly incredible. The letters and numbers are bold and crisp. The "Falcon" is a beautiful piece of art in solid gold!

What another spectacular Queen's Beast coin. Love the design and the coin was flawless. Thanks APMEX!!

The Falcon Beast Has Been Found