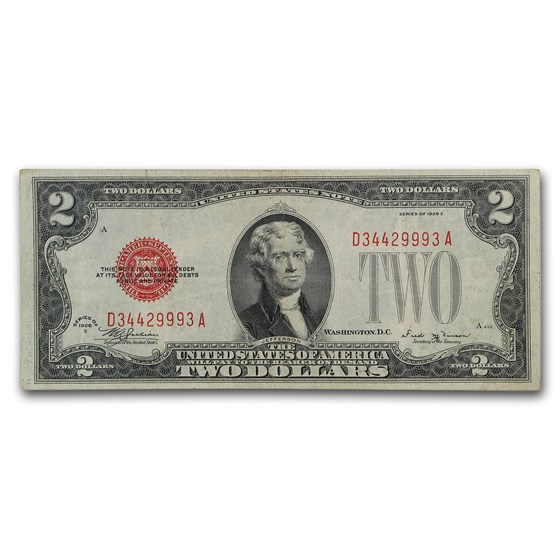 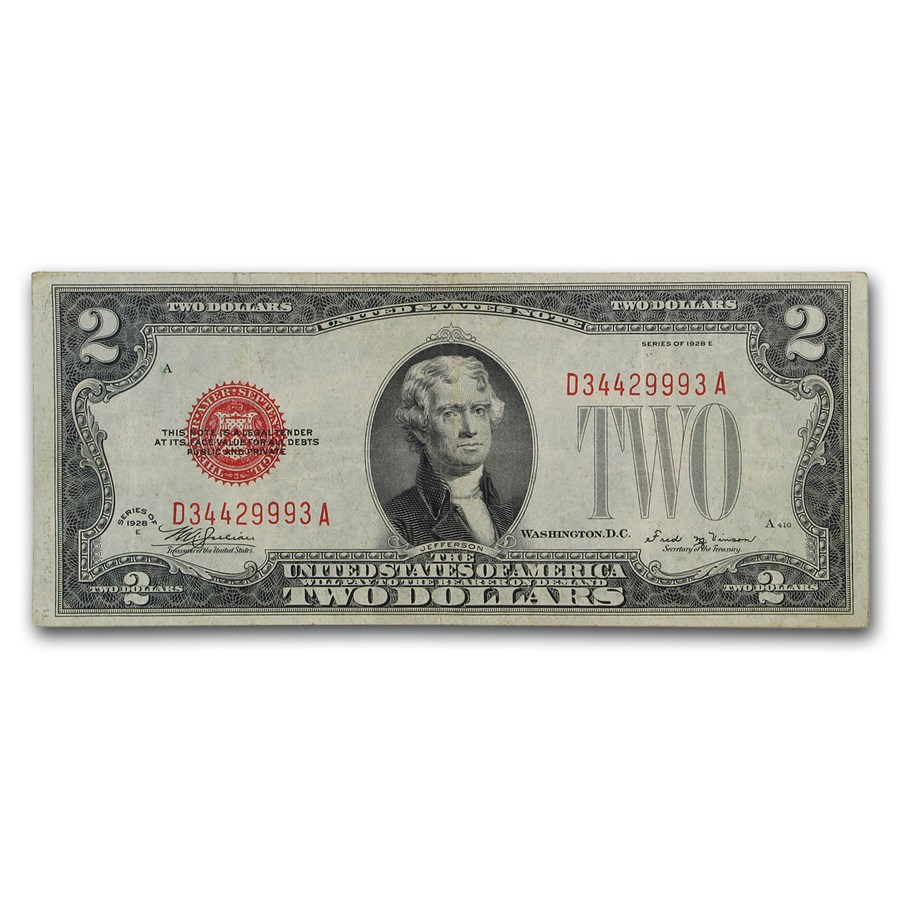 Product Details
Product Details
Series 1928-E $2.00 United States Notes (also known as Legal Tender or Red Seals) have the lowest printing of the series. This note features a large "TWO" on the right, a must have for type!

Although they are still legal tender, their red seals and serial numbers make them great collector’s items. Add this tough issue to your collection while it's available!