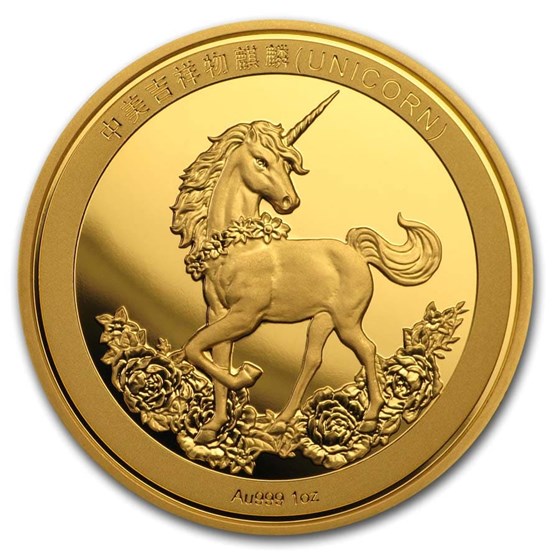 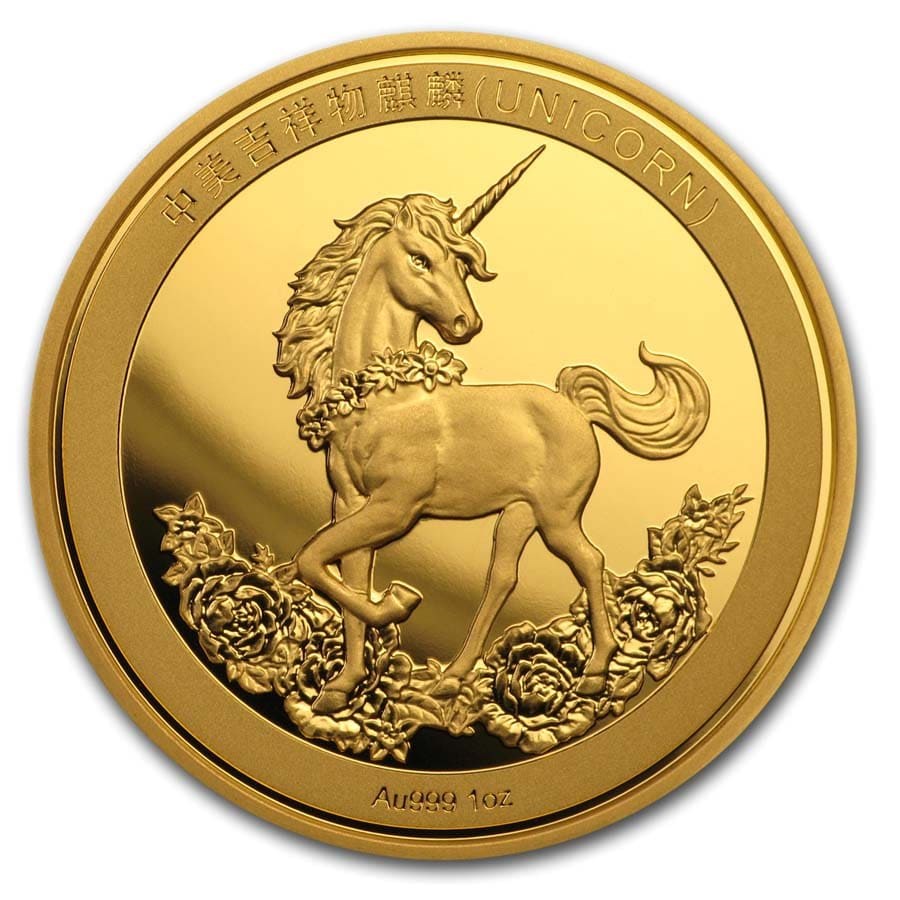 Product Details
Product Details
Celebrate the 25th Anniversary of the original Chinese Unicorn, which was struck in 1994. This APMEXclusive® Premium Uncirculated coin comes with a very limited mintage of only 100 coins worldwide along with a modern take on a classic coin.

Today, the original coins are considered highly collectible due to their beautiful design.

Coin Highlights:
This Gold PU (Premium Uncirculated) restrike is loved around the world for its 1 oz metal content and classic design. Add the 2019 China 1 oz Gold Unicorn Restrike coin to your cart today!

The Chinese Unicorn Series was a short-run issue of limited edition coins and sets released by the China Mint between the years of 1994 and 1997.

The unicorn is a horned mythical creature of good fortune, and on the coins both an eastern and western depiction are to be seen. In traditional Chinese culture the Qilin is a magical creature of good omen and a bringer of prosperity. It has the head of a dragon with the antlers of a deer, the scales of a fish, the hooves of an ox and the tail of a lion.

Amazing detail! Beautiful coin with only 100 this mintage!