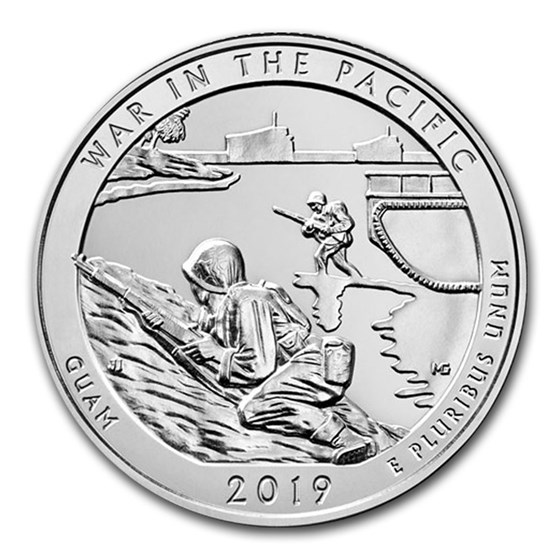 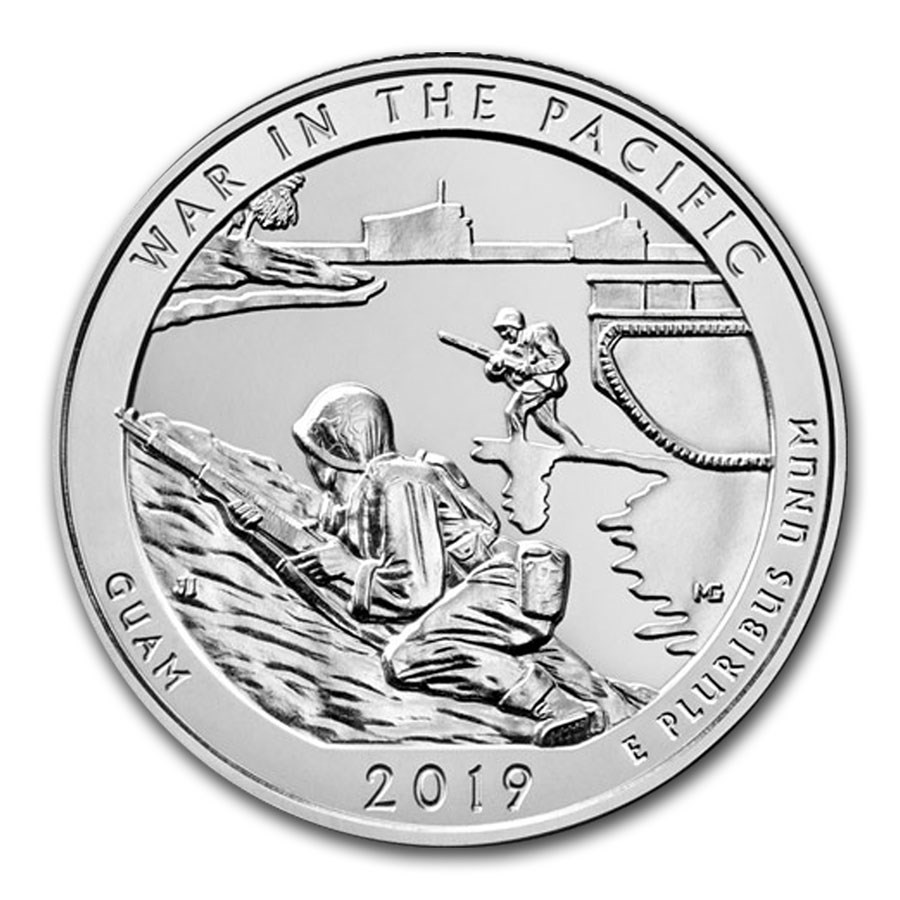 Product Details
Product Details
Commemorating War in the Pacific National Historical Park in Guam, this beautiful design depicts American Armed Forces arriving at Asan Bay which strengthened the number of troops on the island in the fight for Guam and led to its eventual liberation.

Coin Highlights:
Protect and display your Washington Quarter by adding a protective plastic capsule to your order.

This proof will make a great addition to any collection. Add this 2019-S Washington Quarter to your cart today!

Located on the island of Guam, War in the Pacific National Historical Park was established in 1978 to commemorate the courage and sacrifice of those who participated in the Pacific Theater of World War II. The island of Guam, located in the South Pacific and the largest of the Mariana Islands, was the site of a significant battle in 1944 when U.S. forces liberated the island from a brutal two and a half year occupation by Japanese imperial forces. On July 21st, 1944, American forces landed on Guam at Apra Harbor and regained control of the island over the ensuing three weeks. War in the Pacific National Historical Park encompasses many of the sites involved in this battle, including the beaches of Asan Bay, which are pictured on this coin. The park is dedicated to preserving these historic sites and sharing this part of American history with future generations