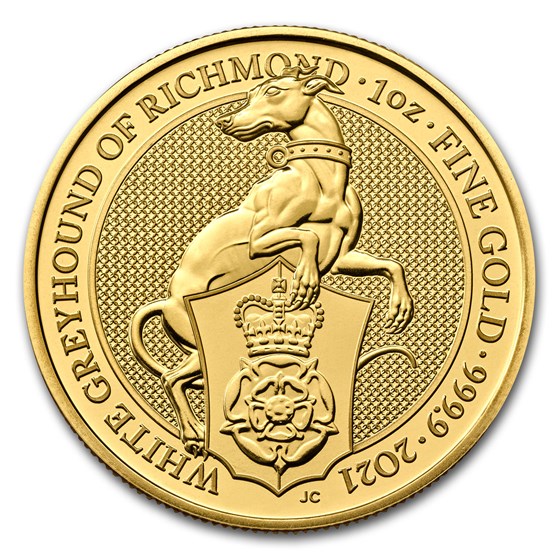 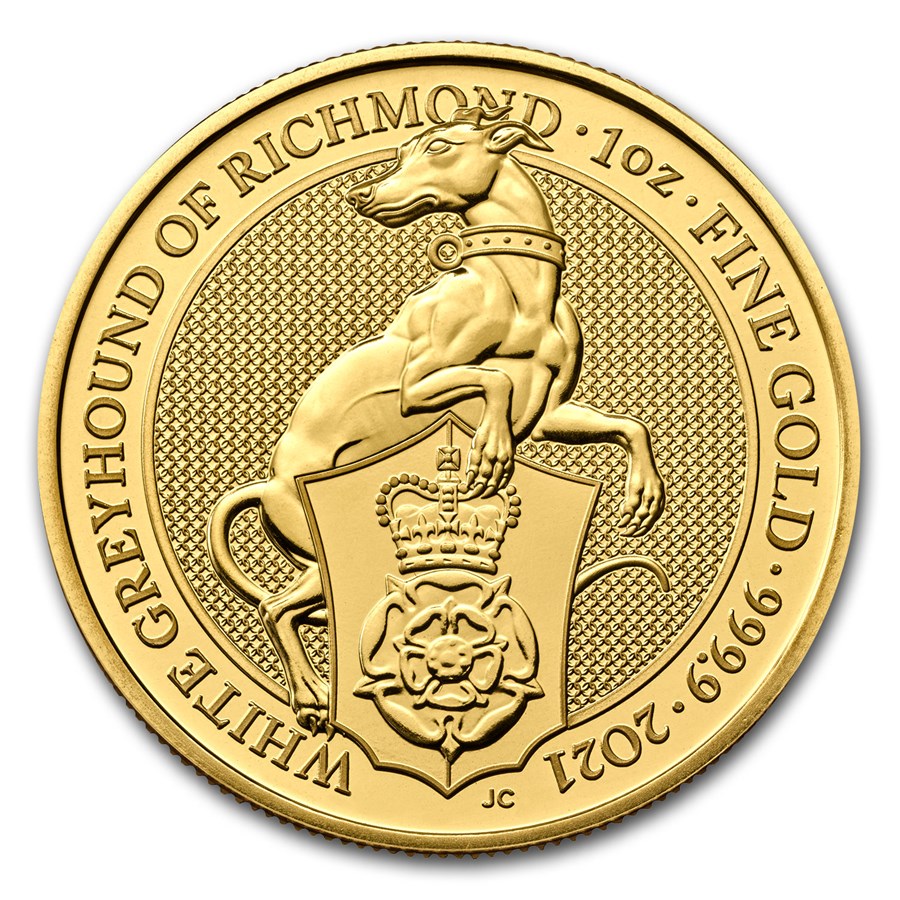 Product Details
Product Details
The tenth release and final release in the popular Queen's Beasts series by The Royal Mint features the White Greyhound of Richmond in .9999 fine Gold.

Coin Highlights:
Display your 1 oz Gold Queen's Beasts The White Greyhound in style by adding an attractive display box to your order.

Add the tenth and final coin of this popular series to your cart today!

The Queen's Beast Series & The White Greyhound
This 10-coin series was first introduced by The Royal Mint in 2016 with the introduction of the Lion in 1 oz .9999 fine Gold and 2 oz .9999 fine Silver. Since the first release, the series has been popular among investors & collectors alike, and has expanded to include bullion coins in 1 oz Platinum and 10 oz Silver, as well as Gold and Silver Proof releases in a variety of sizes. The reverse of each release features one of the 10 famous beasts, and 2021 features The White Greyhound of Richmond, who is associated with qualities such as fitness and skill, as well as faithfulness and loyalty. Descendants of Edward III used the greyhound as a badge and it became closely associated with the House of Lancaster before passing to the Tudor family.

What we thought was the final coin, was not, love this series, don't forget to get the grand finale

The Last of a Series

This is the last of the Queen's Beasts series. Very well minted. Almost as pure gold can get in a coin.

The color of the gold is beautiful.

I have enjoyed collecting the series. Hope they will come up with another series, maybe the Crown Jewels series.

This is a perfect addition to my collection of Queen’s Beasts gold coins. My goal is to collect them all of, course, so I’m glad they became available here on APMEX.