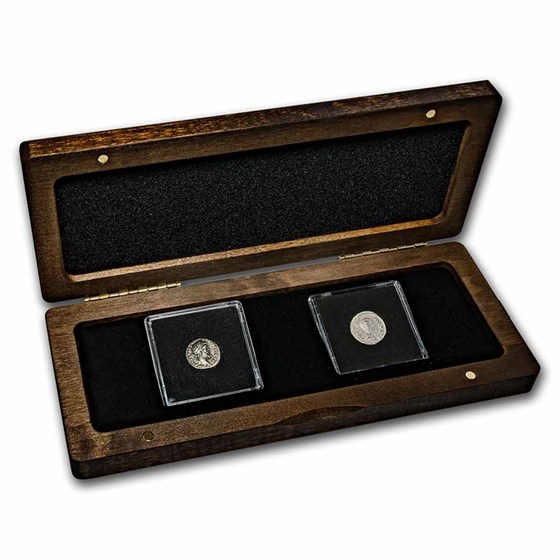 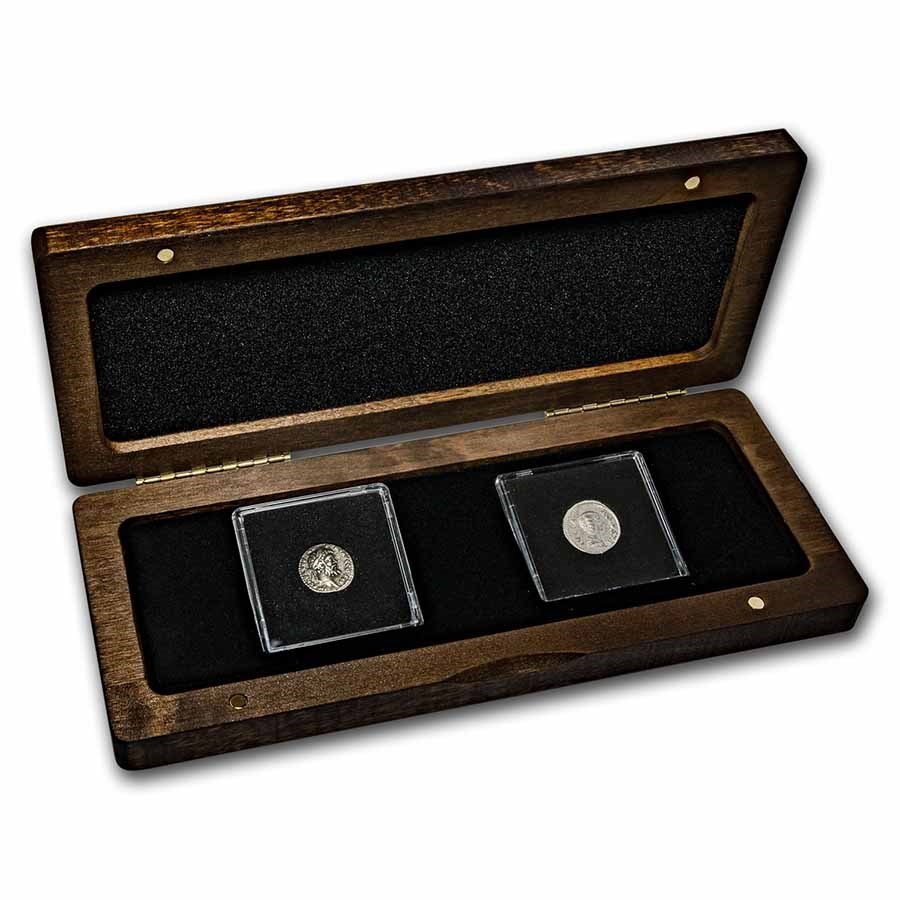 Product Details
Product Details
In Ancient Rome, the Emperor's were not the only individuals to gain influence, as the women by their sides sometimes rose to prominence as well. Septimius Severus and his wife Julia Domna are depicted on the coins in this set.

Protect your coins from fingerprints by adding these cotton gloves to your order today.

Add this Ancient Roman set to your collection today!