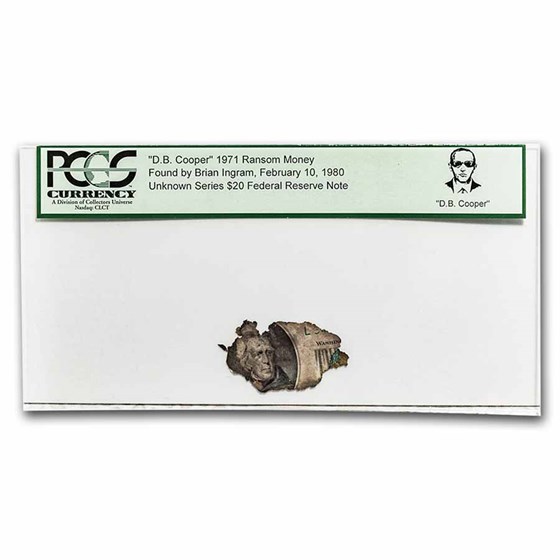 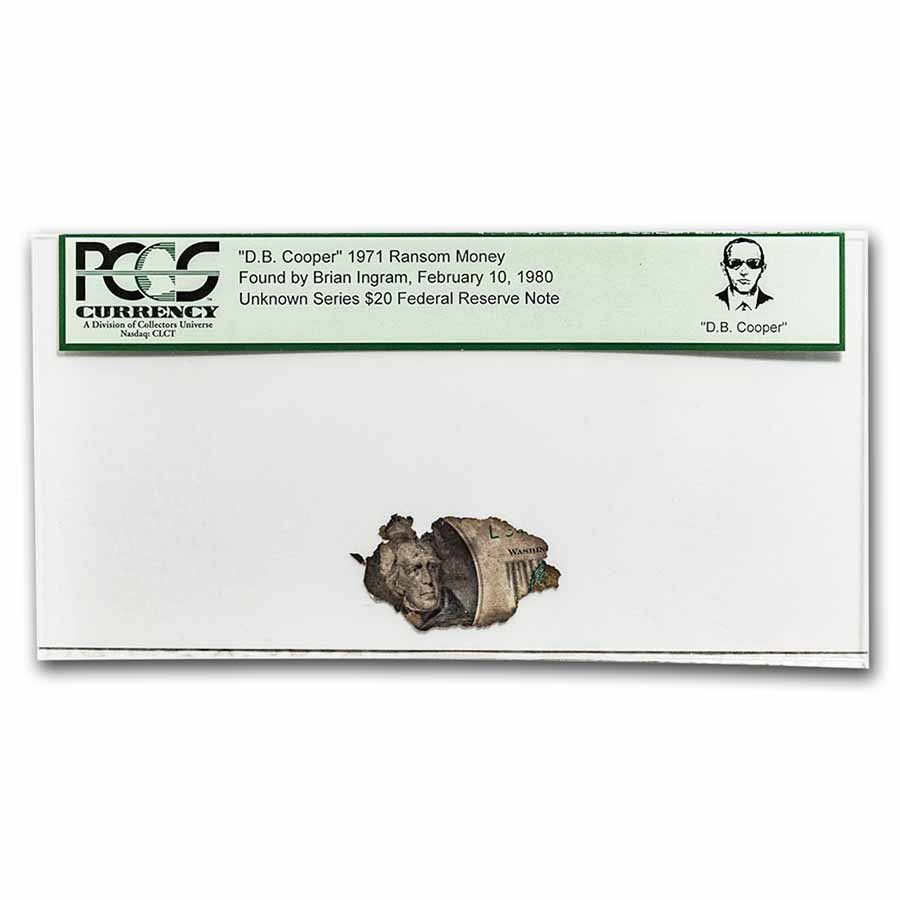 
Back: An engraving of the White House.

Add this once in a lifetime find to your chart today!

This note was found by 8 year old Brian Ingram in 1980 on a camping trip. Located on the beach front of the Columbia River in Vancouver, Washington. Found with two other disintegrating packets of cash from the ransom. Still held by the original rubber bands and arranged in the same order as when given to Cooper. Confirmed by the FBI to be indeed part of the ransom, it was later concluded that Mr. Cooper never landed at the location. The cash had washed up river from further down the Columbia. This discovery lead to more questions than answers. A mystery to even this day.