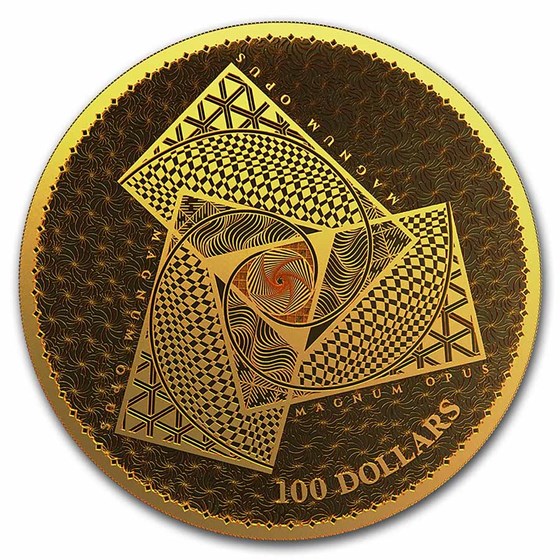 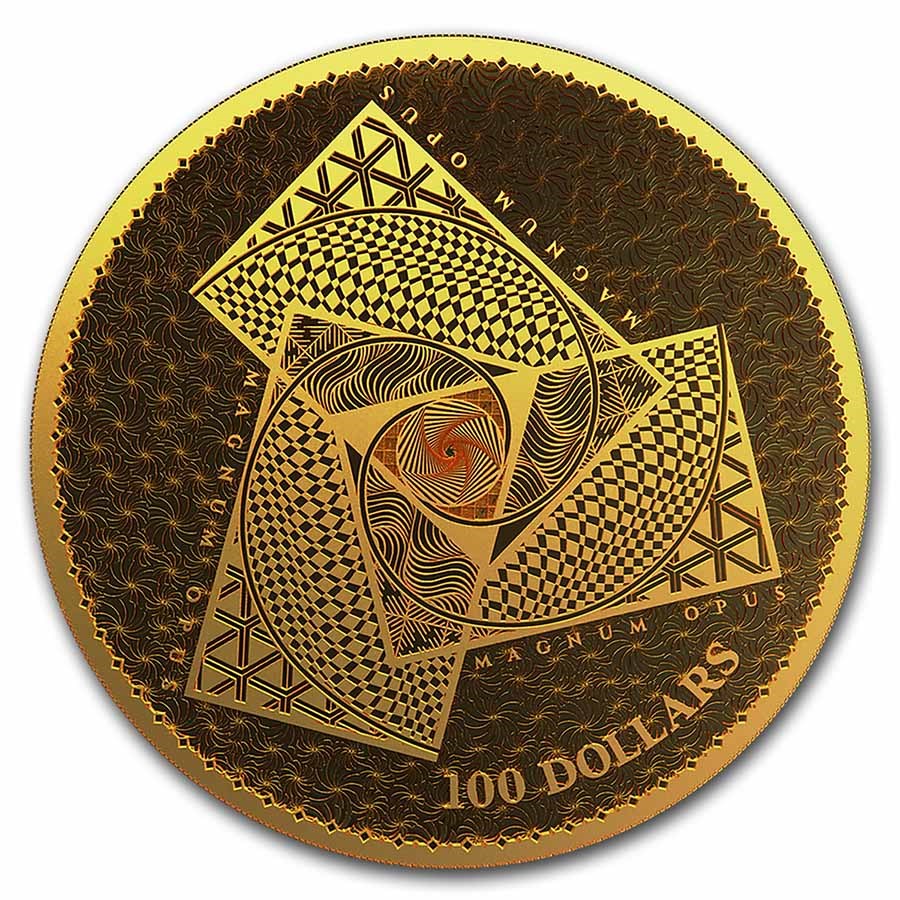 Product Details
Product Details
The first issue of the Magnum Opus series celebrates the Golden Ratio, a concept which has baffled scientists for centuries. Can you find all the references to this phenomenon in this beautiful 1 oz Prooflike Gold coin from the Pressburg Mint?

Protect your Gold in storage from the adverse effects of moisture in the air by adding these silica gel packets to your order.

Add the first release of the Pressburg Mint's Magnum Opus series to your collection today!

Magnum Opus
The Magnum Opus series speaks to the idea of the Golden Rule, a concept that has baffled scientists for centuries upon centuries. Found in so many places, from the financial markets to the galaxies, this law of nature exists in nearly everything we know. Pressburg has created a beautiful presentation for this concept in this new series, Magnum Opus.