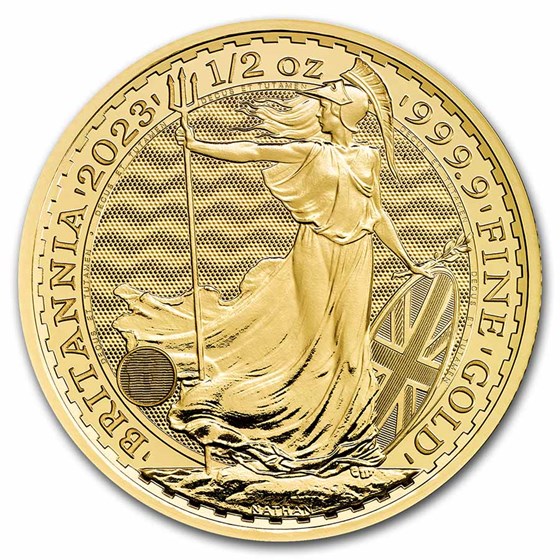 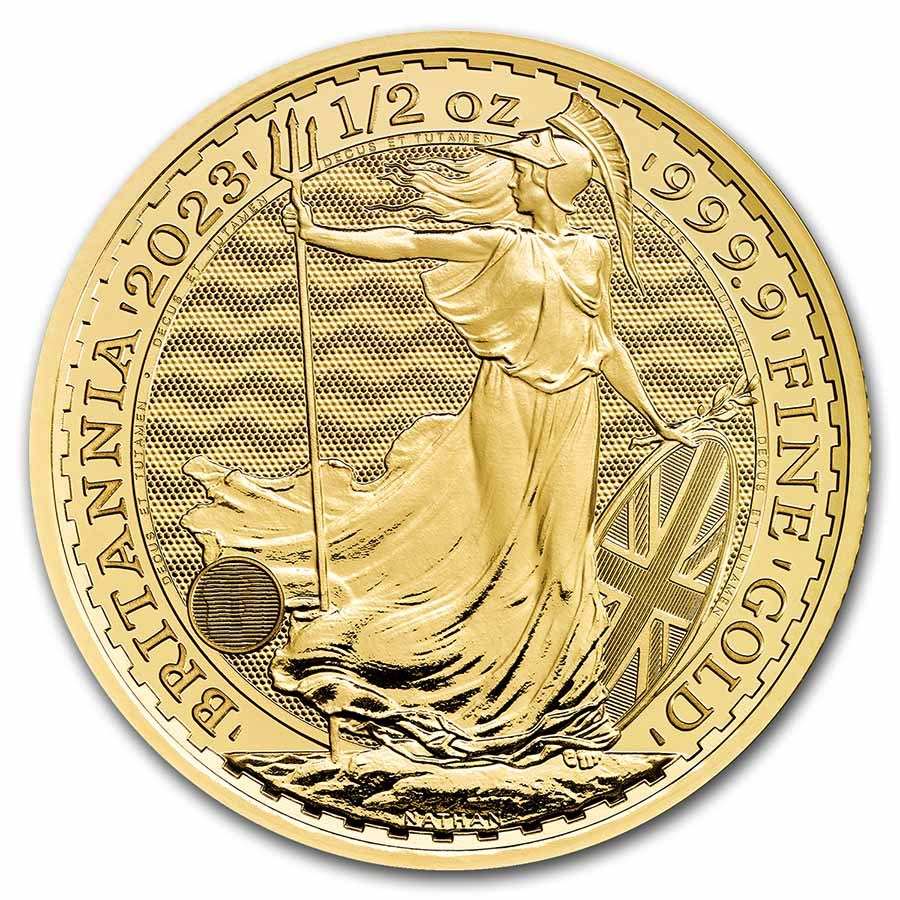 These items are on a slight delay with an expected ship date of February 23, 2023. Your entire order will ship upon their arrival.

Product Details
Product Details
The Royal Mint released 2023 Britannia coins with the Queen for a final time. This 2023 release in APMEX special MintDirect® packaging debuts His Majesty King Charles III's effigy. Notably, this is the only year to feature two monarchs on the Britannia

This limited production 1/2 oz Gold Britannia would be a great addition to any coin collection. Add this unique release to your cart today!

The Royal Mint Britannia
Britannia is the female personification of Britain, an enduring symbol that has appeared on coinage for centuries. Throughout shifts in art and politics, technology and popular culture, she has reflected the spirit and values of the nation. The design features a strong silhouette of the Britannia, following a long line of interpretations of the famous figure. You can see our assortment of Gold Britannias here.
In 2023, The Royal Mint released the final Britannia to feature the effigy of Her Late Majesty Queen Elizabeth II. This was done as a limited production run and was followed by this, the release of 2023 Britannia coins debuting His Majesty King Charles III's effigy. The year 2023 marks a historical moment in the coin's history as the first year featuring two reigning monarchs!