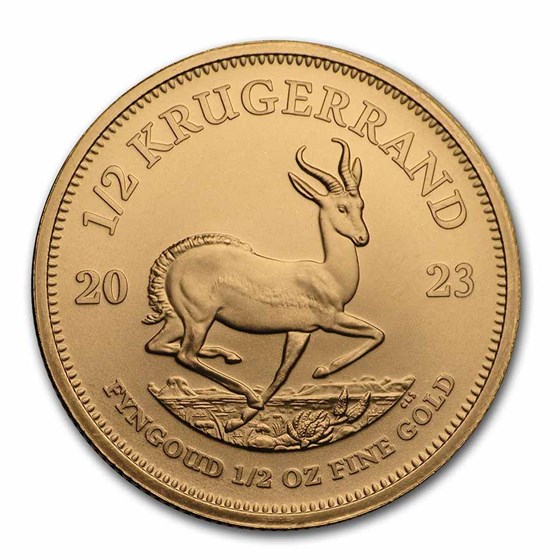 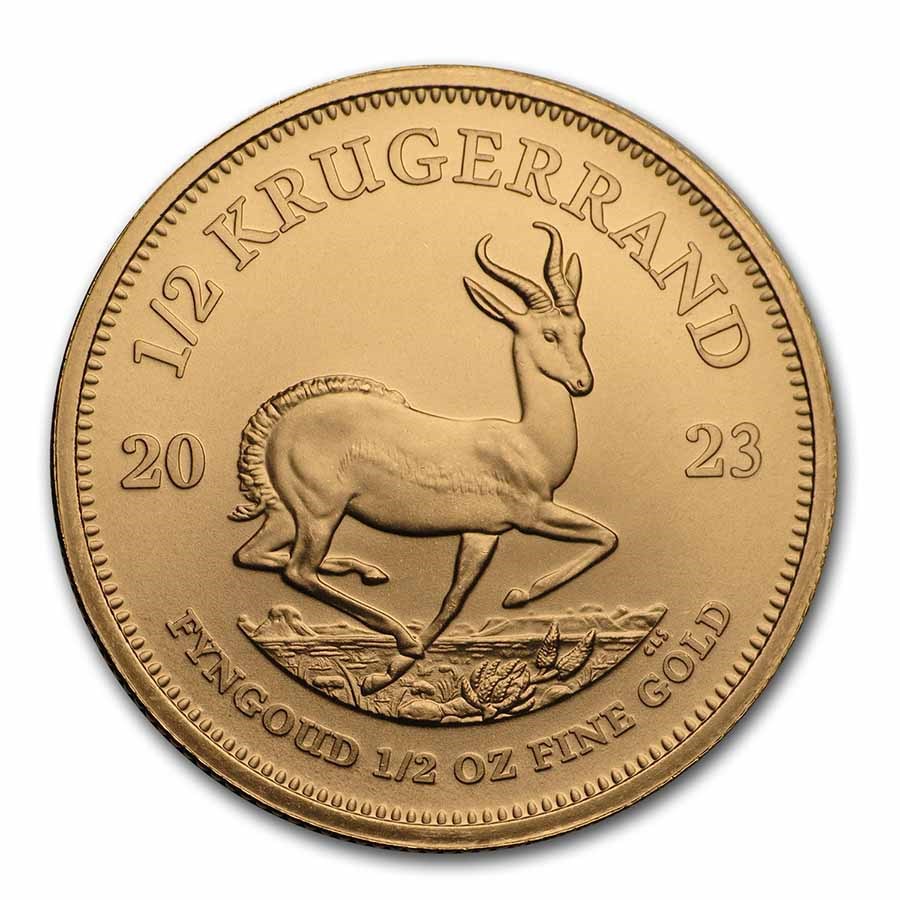 Product Details
Product Details
The Krugerrand is South Africa's premier Gold bullion coin and is loved around the world for its simple, classic design. Fractional Gold Krugerrands allow more people the ability to invest in Gold at an affordable level.

Coin Highlights:
Display your coin in style by adding a charming presentation box to your order. You can even add a coin bezel to turn your 1/2 oz Gold Krugerrand into fine jewelry.

Expand your collection by adding these 2023 1/2 oz Gold Krugerrands to your cart today!

2023 South Africa 1/2 oz Gold Krugerrand BU
First introduced in 1967, the Krugerrand was the world's first modern Gold bullion coin, and this Gold bullion coin series is still a favorite of collectors and investors today. The Krugerrands were minted to assist in promoting South African Gold to the international markets. Krugerrands were never assigned a face value, but were designed to derive their value from the price of Gold at the time they are traded.

The Gold Krugerrand’s obverse features the South African Republic's first and only president, Paul Kruger, as a reminder of 19th century South African political and military affairs. The reverse of this popular coins depicts a springbok antelope, South Africa’s national animal, leaping into action surrounded by the date of minting and Gold weight.