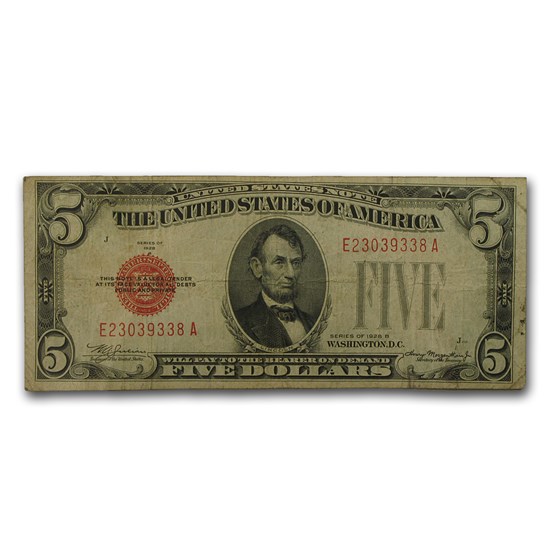 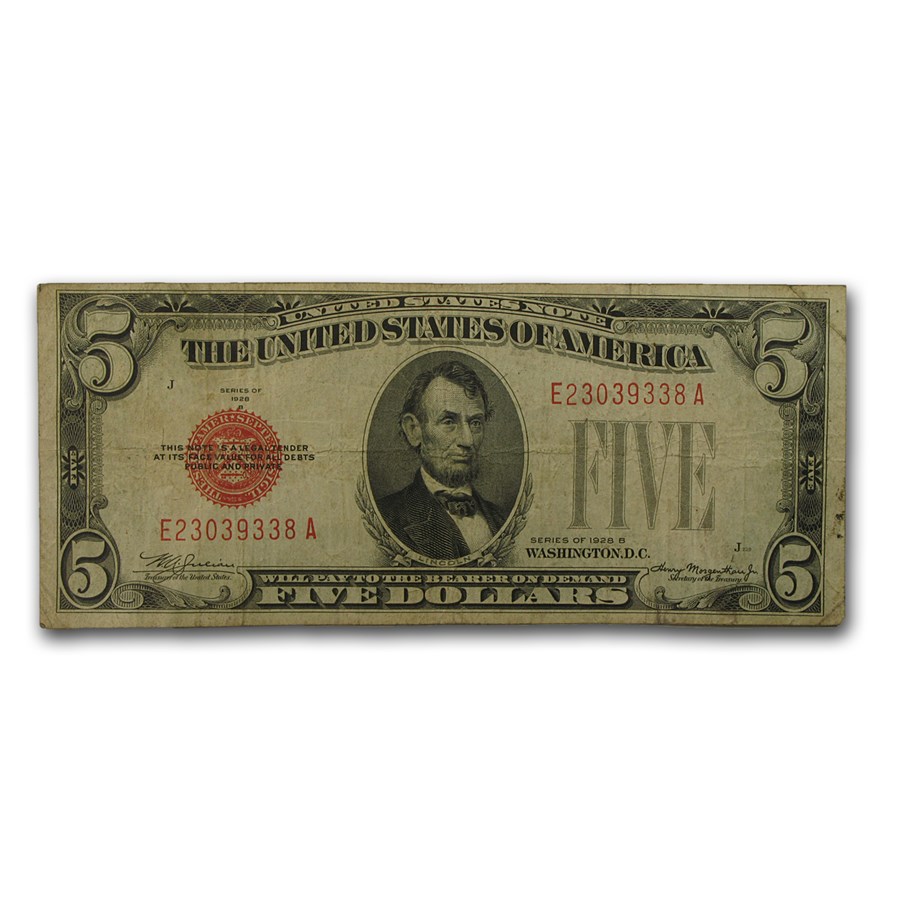 Product Details
Product Details
These nice 1928 $5 U.S. Notes, are some of the earlier issues of $5 Red Seal notes. Items in this listing may be examples from series 1928-B through 1928-F, and all will be Average Circulated.

These make great gifts for the beginning collector!

Currency Highlights: United States Notes were adopted for circulation during the Civil War in 1862 in denominations from One through One Thousand Dollars. The $5 denomination remained when we switched over to small size notes in 1928 and continued until the early 1960s when the denomination was discontinued. Although they are still legal tender, their red seals and serial numbers make them great collector items. These notes are a great part of history that can easily be added to any collection. Add some of these great conversation pieces to your cart today!

Series 1928 $5 United States Notes were printed in fairly large numbers starting in 1934 and they saw heavy usage until the type was discontinued in the 1960s. The reasonable price of these $5 Red Seals make them popular with beginning collectors! Series 1928-B through 1928-F of our choice and limited to available inventory.

73% of reviewers recommend this product

Did not expect to have writing on a VG/VF note

I've been collecting for awhile now and I have to say I am very impressed with APMEX they have high quaility stuff for a reasonable price! I like this bill a lot, it's one of my favorites. my bill came in VF+ condition so that tells me APMEX takes care of their customers!