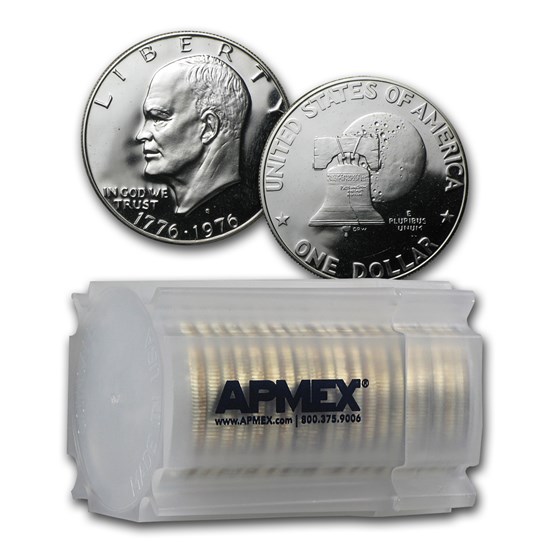 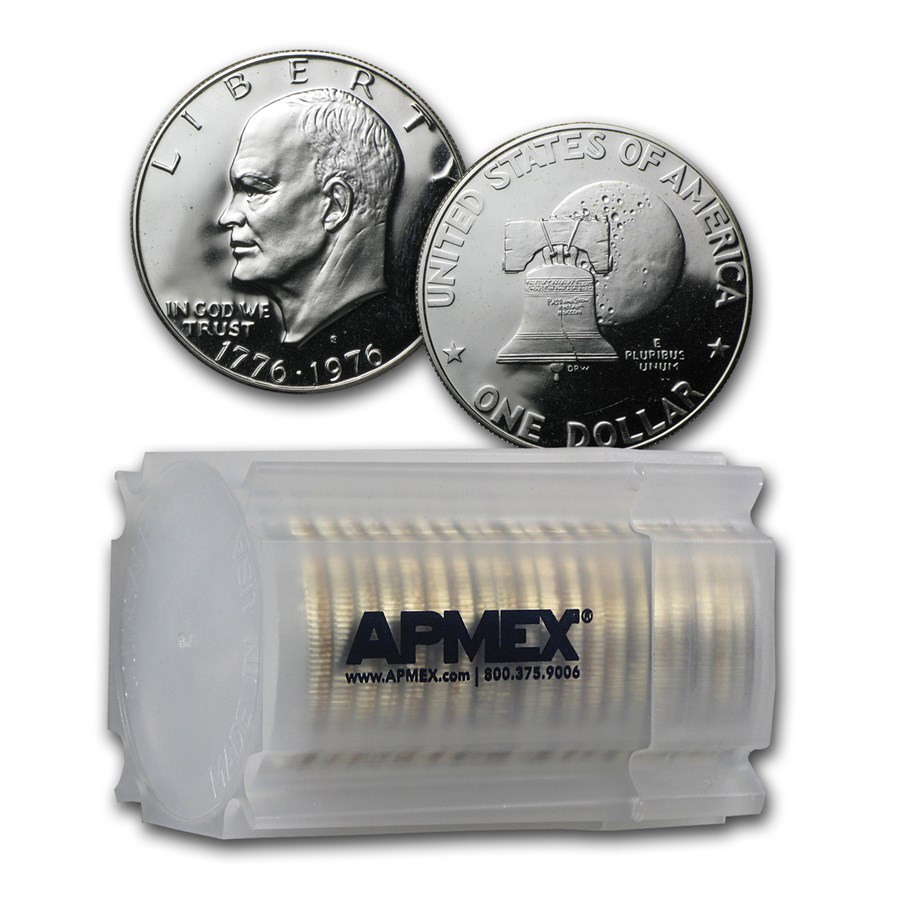 The Eisenhower Dollar, aka the Ike Dollar, was the first dollar minted after the Peace Dollar that was intended for circulation. The Ike Dollar commemorates the great accomplishments of General/President Dwight D. Eisenhower and the success of the Apollo XI moon landing mission. The Type-1 Ike dollars are easily distinguishable by the bold lettering on the Reverse of the coin.

Preserve a part of American History by starting your own collection of Ike Dollars. Add to your collection by including this 1976-S 40% Silver Eisenhower Dollar 20-Coin Roll Gem Proof in your cart today.