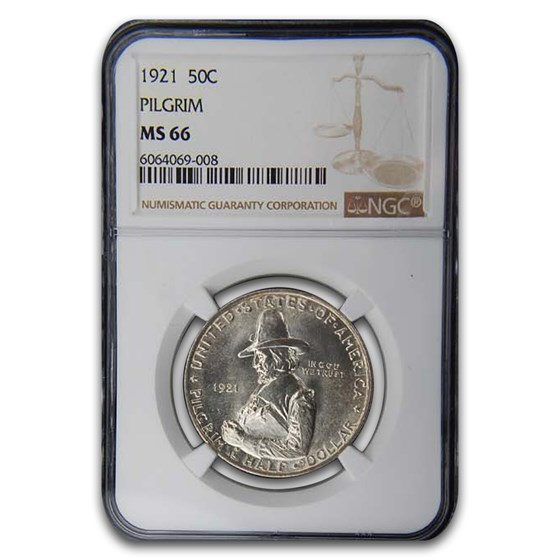 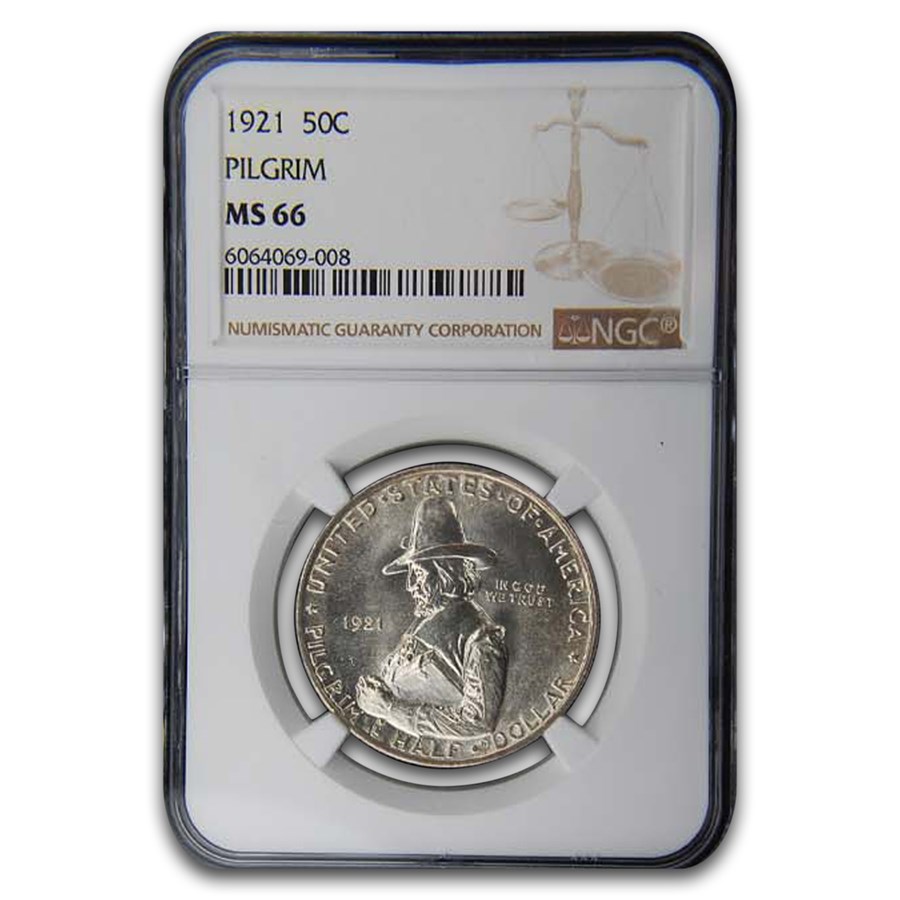 $30.20 $30.70
As Low As
13% Off The Premium
Product Details
Product Details
To commemorate the landing of the Pilgrims at Plymouth, Massachusetts, in 1620, Congress authorized a special half dollar on May 12, 1920.

Coin Highlights:
Protect and display your Pilgrim Tercentenary coin in style by adding an attractive display or gift box to your order.

Add this 1921 Pilgrim Tercentenary graded half dollar to your cart today!