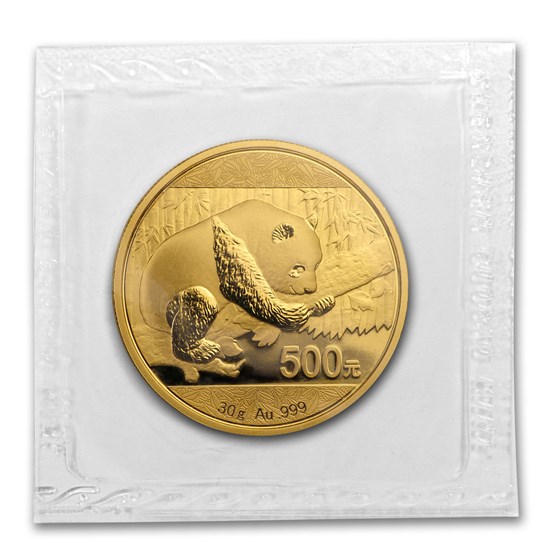 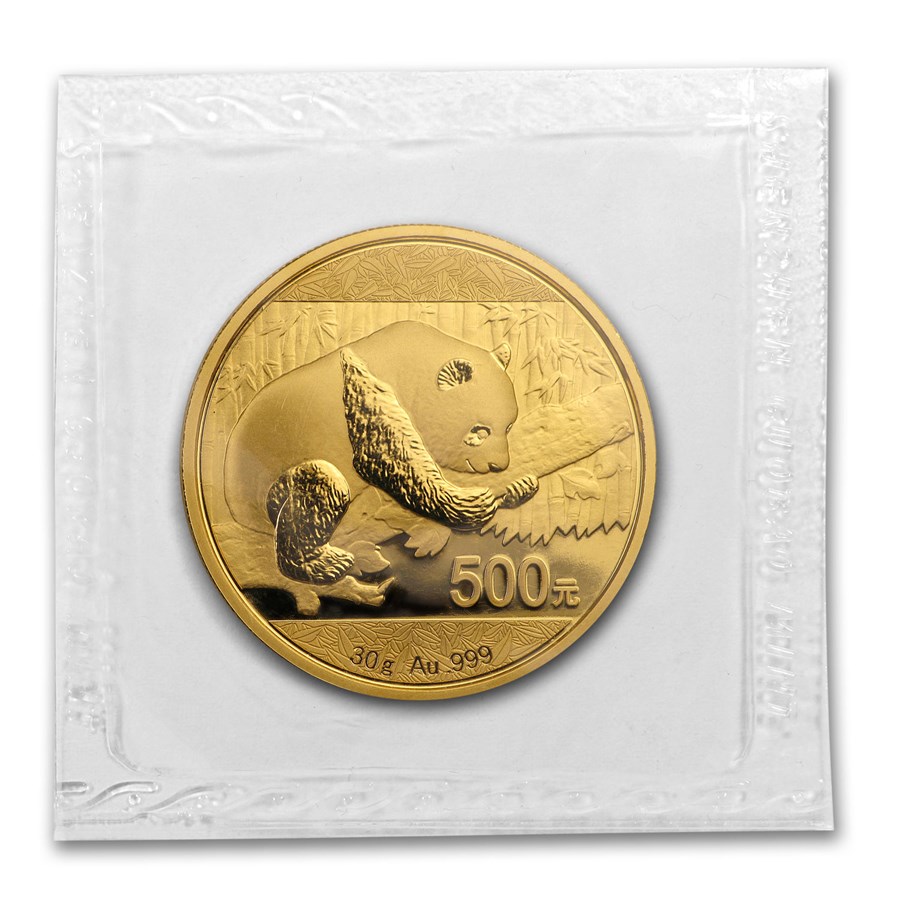 Product Details
Product Details
Gold Panda coins are one of the only bullion coins to feature a yearly changing design. In 2016, this series changed to match the metric system. The 1 oz Gold Panda has been replaced with this 30 gram Gold Panda, still containing .999 fine Gold.

The Gold Pandas were first minted in 1982 in 1 oz, 1/2 oz, 1/4 oz and 1/10 oz coins. In 1983, they introduced the 1/20 oz sized coins. Some years also include 5 oz and 12 oz Gold coins. In 2016, The People’s Republic of China began minting Gold Pandas in the metric system sizes to better suit the international appeal of the coins. Each year, the design of the panda changes making them highly collectible. The only year they didn’t change design was 2002, which used the same design as 2001. Collectors spoke up about this halt in the design changes, and the annual design changes resumed in 2003.

This is my second panda coin. Absolutely gorgeous. The one I received is 2016 version in mint condition.