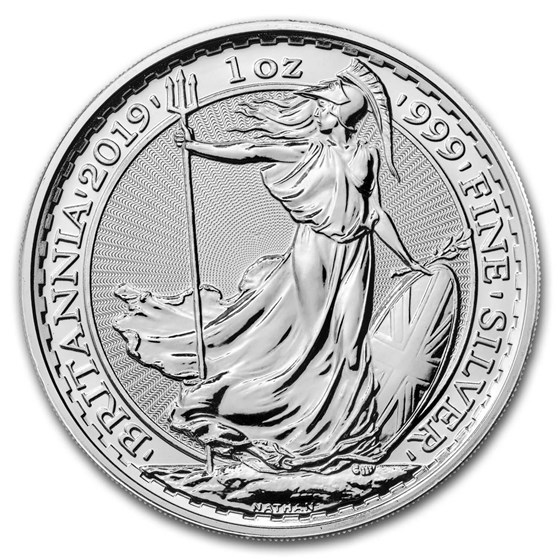 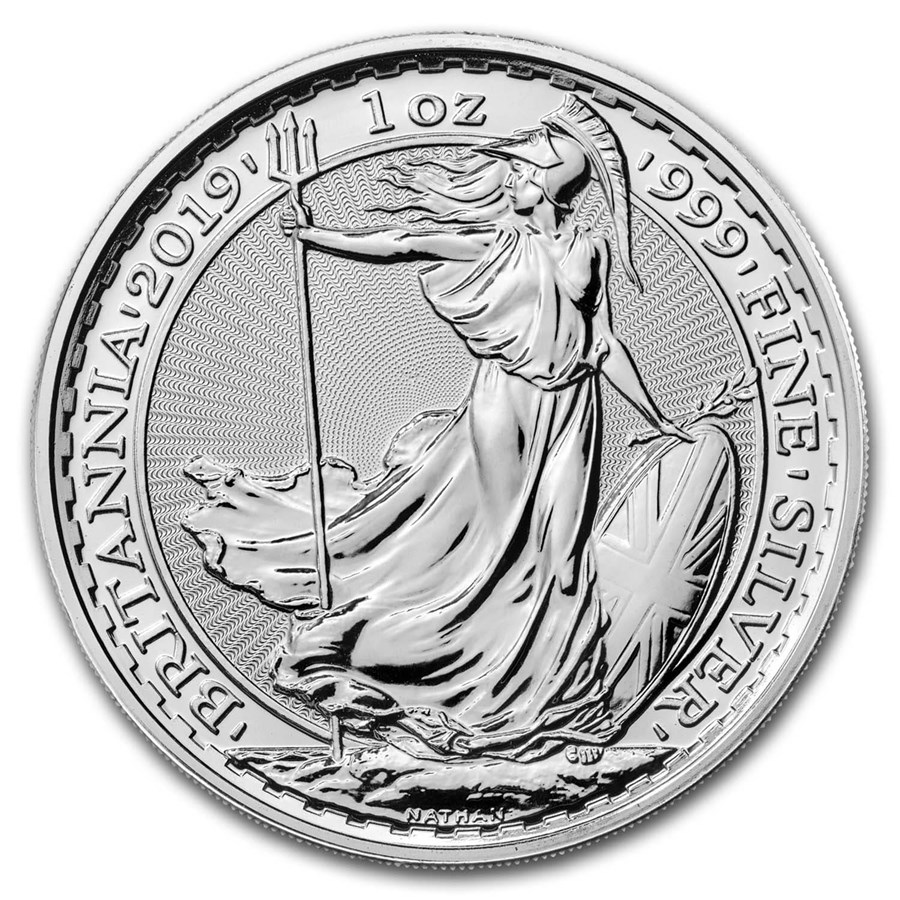 Product Details
Product Details
Britannia has long represented resilience and strength, which continues in the 2019 release of this popular bullion coin.

Protect your Silver Britannia with this clear plastic capsule or display it in style by adding an attractive presentation box to your order.

Silver Britannia Coins from the U.K.

When the United Kingdom decided to release the Silver Britannia, they wanted a design that would appeal to collectors and give a stamp of trust for investors. After 10 years of popularity for the Gold version, the 1 oz Silver Britannia was issued in 1997. The first issue had a low mintage of 20,000. Initially, this coin series was made with .958 fine Silver. Starting in 2013, the Silver used for the Britannia coin was improved to .999 fine quality. The face value of the coin is £2, although the Silver contained within is worth more.

Great Britain prides itself on strength and tradition, which is why the Britannia design was chosen. Her powerful features and striking profile are the perfect attributes for a quality bullion coin. While it is true that Silver has a beauty all its own, the imagery used on different coins adds collectible value. Citizens of the U.K. are very fond of Britannia coins and make it a point to acquire pieces from every series.

Each year, the Silver Britannia is struck with a likeness of Queen Elizabeth II on the obverse. The 2019 1 oz Britannia features what is called the Fifth Portrait, known as an elegant, mature representation of Her Majesty. This portrait was created by Jody Clark, an engraver at the Royal Mint. The denomination of 2 pounds sterling is also shown, along with the text “Elizabeth II.”

On the reverse, the mythical Britannia stands tall, her garments blowing in the salty winds of the sea. The artwork is said to be inspired by the Roman goddess Boudica. This timeless figure was first used on the florins minted for Edward VII and was initially engraved by G.W. DeSaulles.

The Standing Britannia portrait seen on 2019 Silver Britannia coins was used initially on the florins of Edward VII from 1902 to 1910.

Philip Nathan, noted sculptor and artist, designed the Britannia portrait used on the coins and wanted to represent a timeless and evolving spirit. Beginning with the 2013 edition, the Silver utilized to strike Britannia coins was enhanced to .999 fine quality. In addition to this coin’s popularity on the British Isles, the Roman history associated with the goddess Britannia adds appeal throughout Europe.

When an investor purchases any Silver coin, it is vital to know how demand impacts the price of Silver. Whether acquiring a 1 oz Silver Britannia coin or buying Silver to be used in the making of electronics, many factors go into pricing this Precious Metal. All Britannia Silver coins have a guarantee of quality from The Royal Mint, giving both collectors and investors an added sense of security. Anyone looking to invest in Silver for the first time will see that these 1 oz bullion coins provide an easy way to grow a portfolio.

Posted By:First band on the moon

Few coins in my collection are as impressive as this pair of Britannia silver! I'd carry one in my pocket as a conversation piece if I had someone to converse coins with! The design is beautiful and unique to anything else in my collection. Both sides are a jubilee of sparkle when viewed in the sunlight. Without a doubt, these coins are recognizable as British silver.

Love the quality and design

I add one every year along with my Eagles

The beauty of mine impressed my wife, who is not normally interested in coins. If you impress my wife you impress me. Shipping and packaging were exactly as I expected. Very pleased overall.