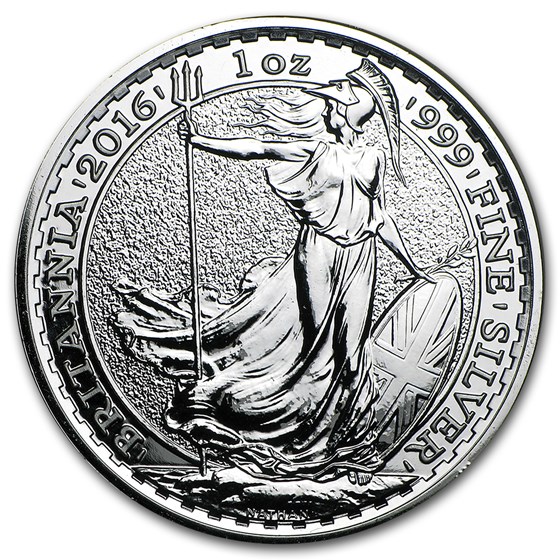 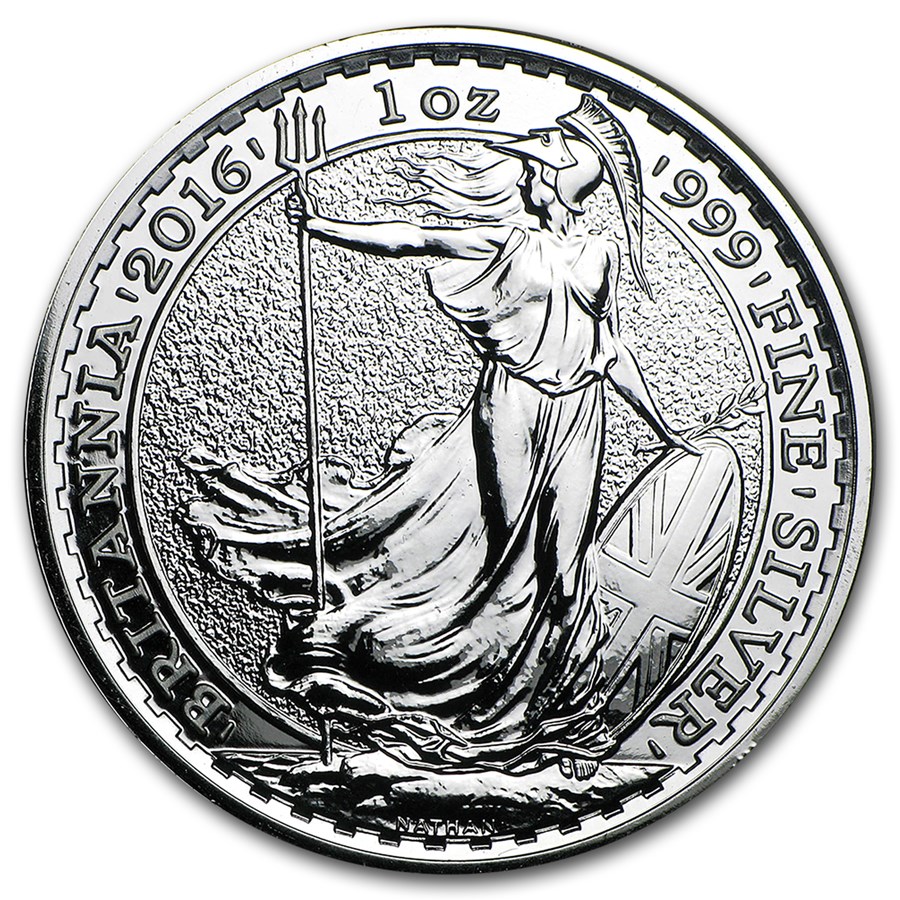 Coin Highlights:
Protect your Silver Britannia with this clear plastic capsule or display it in style by adding an attractive presentation box to your order.

See the majesty of the 2016 Great Britain 1 oz Silver Britannia.

The 2016 Great Britain 1 oz Silver Britannia can be the start of a great collection from around the world. Search the Silver coin collection and find other Silver classic coins. These world coins are often seen by many as ideal investments due to their link to the government backed British Royal Mint. These Silver coins are also fun for the collector with a rich historical icon. Britannia is the female personification of the British Isles. Like the Royal Mint Britannia coin, most world coins show off in striking detail the best symbols of their countries where the coins are minted.

The 2016 Great Britain 1 oz Silver Britannia contains 1 troy ounce of .999 fine Silver, making it eligible for investment in a Precious Metals IRA. Only the most pure world coins from trustworthy mints can be included in a Precious Metals IRA, which has strict rules from the IRS about the purity of Gold, Silver, Platinum and Palladium. So while the Silver coin, which is legal tender, may have a face value of 2 pounds, it is worth a lot more in Silver weight and is ideal for many investors. Add the British Royal Mint coin to your IRA today, or set one up with the help of APMEX.

Britannia first appeared on British coinage in 1672 as the personification of Great Britain, displaying beauty, power and naval supremacy.

The history of the Silver Britannia coin

The 2016 Great Britain 1 oz Silver Britannia features the fifth definitive coinage portrait of Her Majesty Queen Elizabeth II. The Britannia Silver coin was first minted in 1997 to celebrate the 10th anniversary of the popular Gold Britannia coin. Among world coins, the Silver Britannia is notable for having a different British artist each year create the design for the standing portrait of Britannia, legendary guardian of Great Britain. The British Royal Mint has created an iconic coin for the realm, and the latest is eagerly awaited each year by collectors.

Love the design and value!

Happy with the great value for these coins!

I like variety in my bullion stash. So I have these a try. These are beautiful! Brilliant! Nice detail. Needless to say, I'll be getting more of these.

I usually stick just to Maples, Eagles and Buffalos but I sort of fell in love with this design so I added it to my collection. Simply a beautiful coin and I'm glad I got one.....

Good coin. purchased a few of these but it did develop some milk spotting. overall good though.

Beautiful for the first week....

The coin was one of the most striking and nicest coin I owned. I immediately put it into a fitted air-tite case. The next week when I went to look at all my coins, most of which are not in cases, this was the only one to have begun to milk spot. It's not just a little spotting it's over 1/4 the coin now in a week...

Nice coin the only negative is the Queen on one side!

Thanks to the BREXIT, I was inspired to make a large purchase of these awesome coins and take advantage of a historic year for Great Britain leaving the worthless EU!!!

Very pleased with APMEX and their customer service and very quick fulfillment! This silver is beautiful!