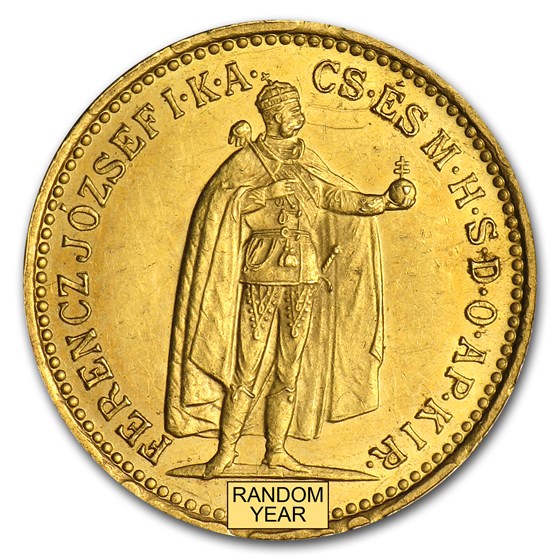 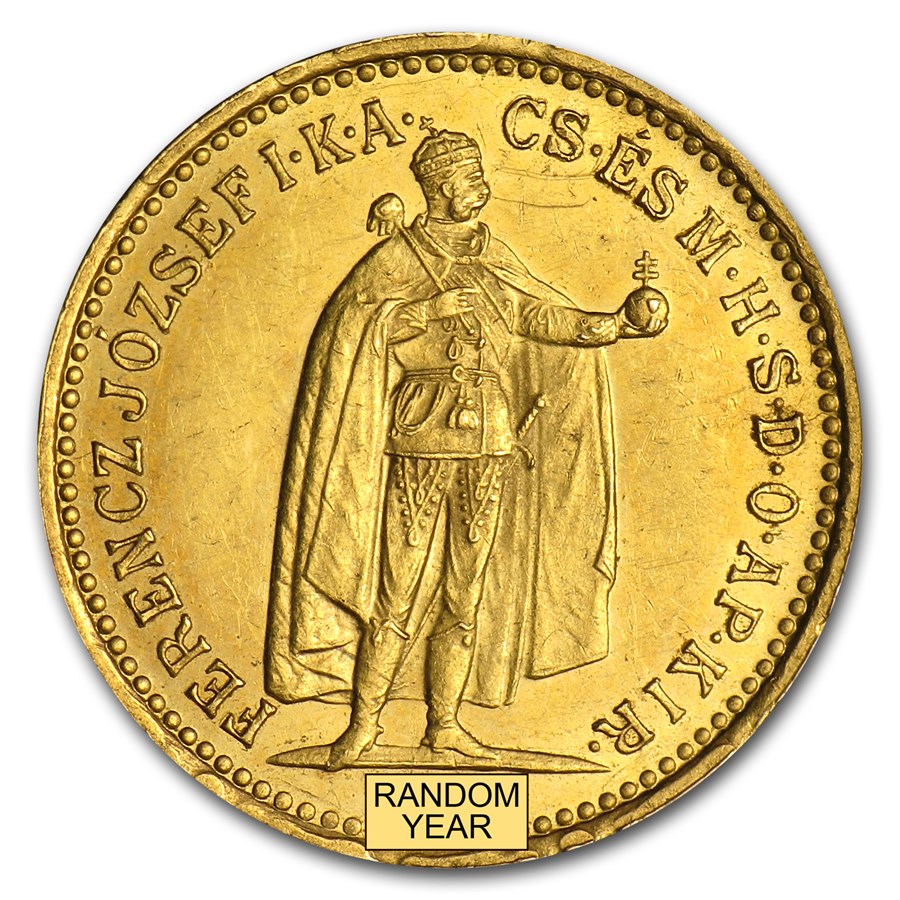 Your purchase will match the quality of the product shown. Dates will be of our choosing and may or may not vary, determined by stock on hand.
Product Details
Product Details
Emperor Franz Joseph I can be seen posing on this Hungarian Gold 10 Korona coin. These Gold coins are much more elusive than their Austrian counterparts and were minted for less than 25 years.

Coin Highlights:
Protect your Gold 10 Korona coin in style by adding a plastic capsule to your order.

This stunning Gold bullion coin is very popular for its .0980 oz Gold content and classic design. Add some of these Hungarian 10 Korona coins to your cart today!

Gold 10 Koronas were first issued by the Austro-Hungarian empire in 1892 following the coinage reform adopted in that year. The last regular issue of the 10 Korona denomination for circulation was in 1915 during the last years of the reign of Franz Joseph I, during World War I when Gold coinage production ceased.

Random dates (1892-1915) of our choice and limited to stock on hand. Most coins will be Extra Fine+, but a few lower grades may be found in this listing.

The details of the small European coins are amazing. Many beautiful designs came during the 1800's. I received a 1892 in pristine condition. Excellent value and great service keeps me coming back!

nice purchase for gift or collection.

The two coins I received were 1893 and 1894 both were a little nicked up but probably would grade VG to EF. The premium was very reasonable and the historical value of the coin makes it much better than simple bullion for me. The coins were as advertised and shipping was fast and secure