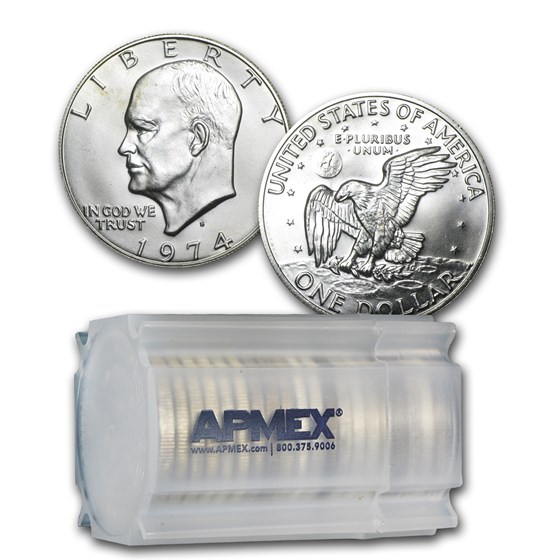 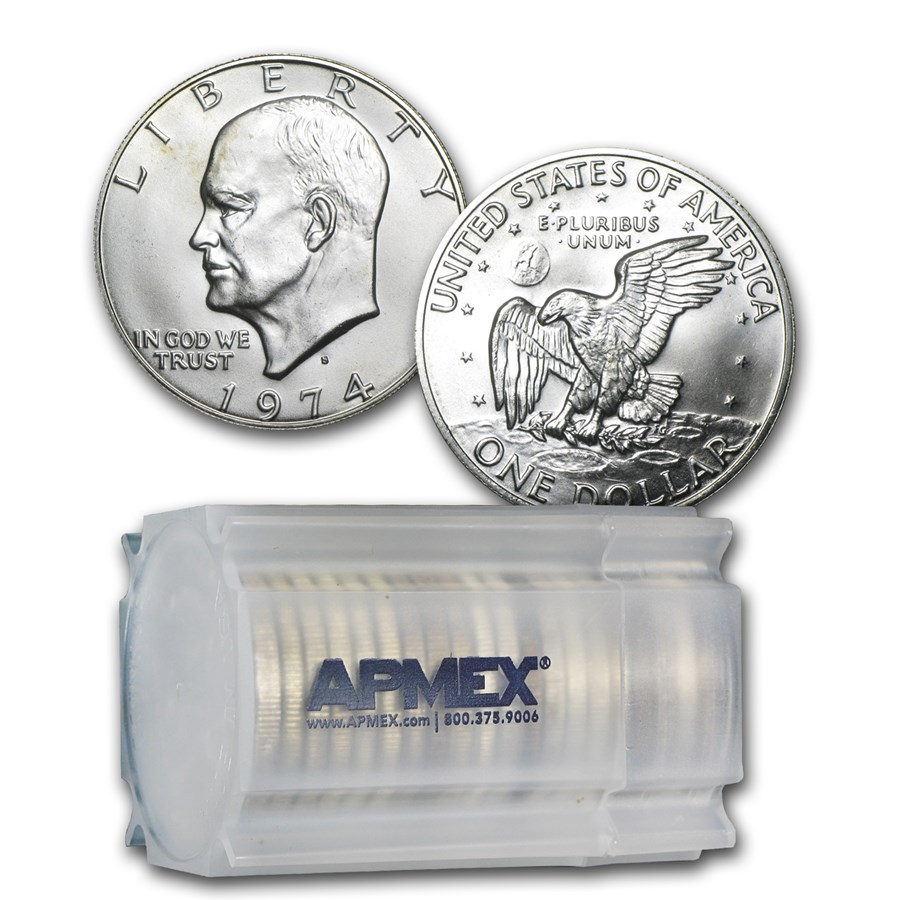 Preserve a part of American History by starting your own collection of Ike Dollars. Add to your collection by including this 1974-S 40% Silver Eisenhower Dollars 20-Coin Roll in your cart today.

These look nice and a great price