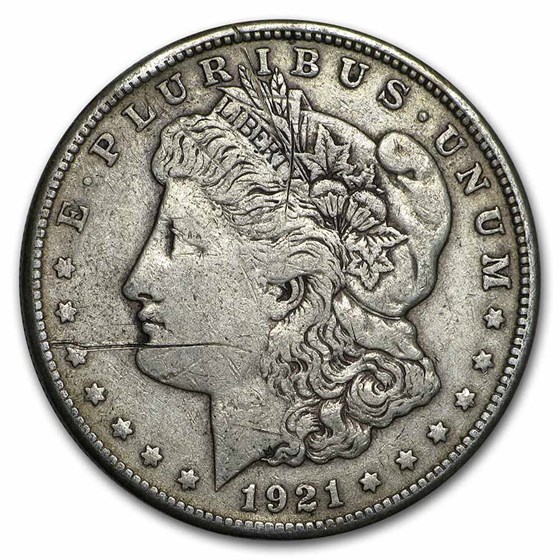 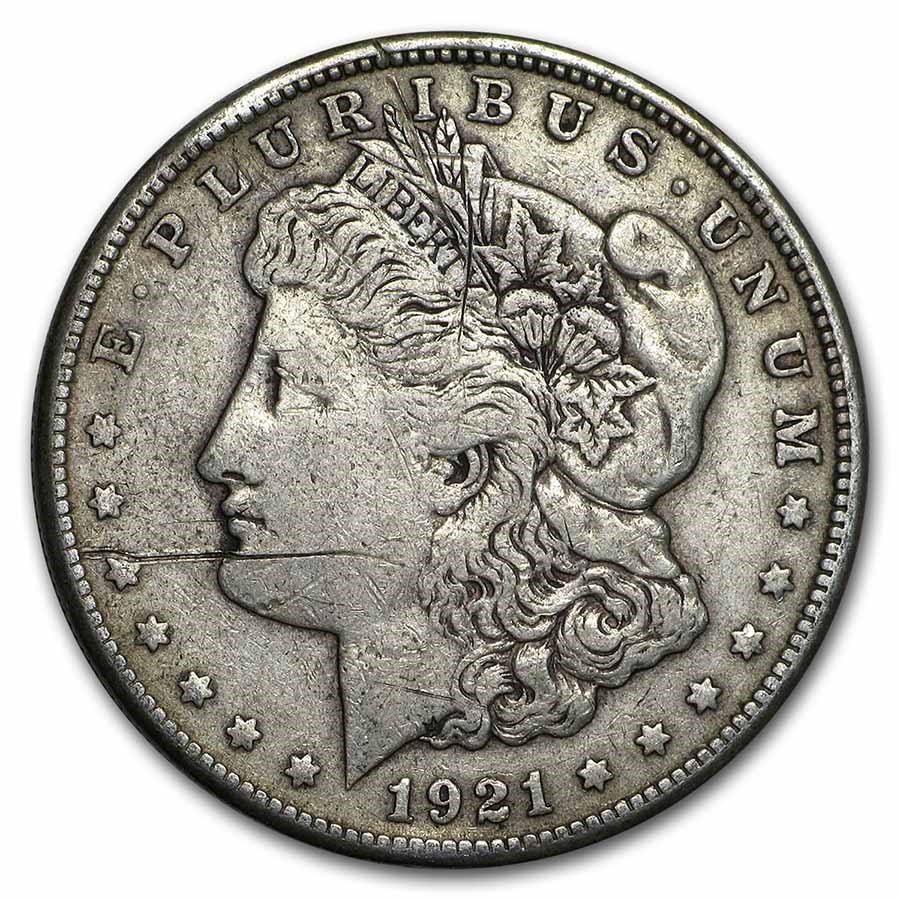 Product Details
Product Details
As low as $25.99 per coin
Vintage Morgan Silver dollars from 1921. These U.S. Silver Dollars are popular additions to any numismatic collection because of their age and the roles they played in American history.

Product Highlights:
These coins exhibit considerable wear and/or have other condition problems. Add these Cull Silver Dollars to your cart today!

These 1921 Morgan Dollars are of mixed mint marks of P, D or S or may all be of the same mint determined by stock on hand.

I love how affordable it is to purchase and love the specials. Coin was in above quality condition.

I bought these for weight

I like your company because---I can shop without having a salesman trying to sell me something, but if I need someone its available.also I like your easy to use computer program.Dealing with you folks has been very pleasant and business like. Keep it up. Bill T.l

I like the Morgan design but not interested in getting collection grade coins. Purchased 2 of these, one on sale and was not disappointed! Both are in very nice condition although one has a good nick on its right side, the other I have a hard time telling why it would be a cull. No matter, I’m happy with them!