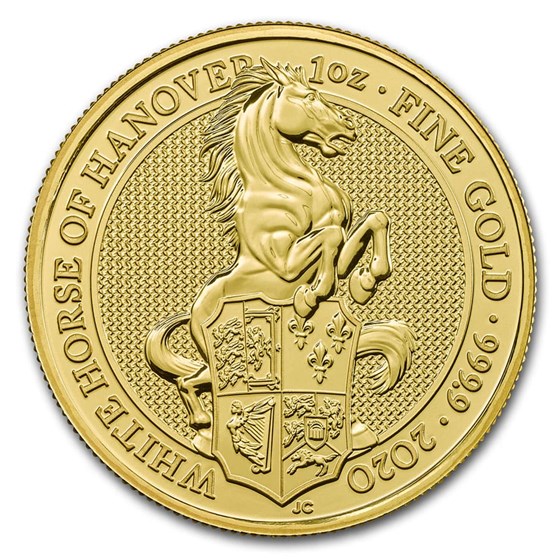 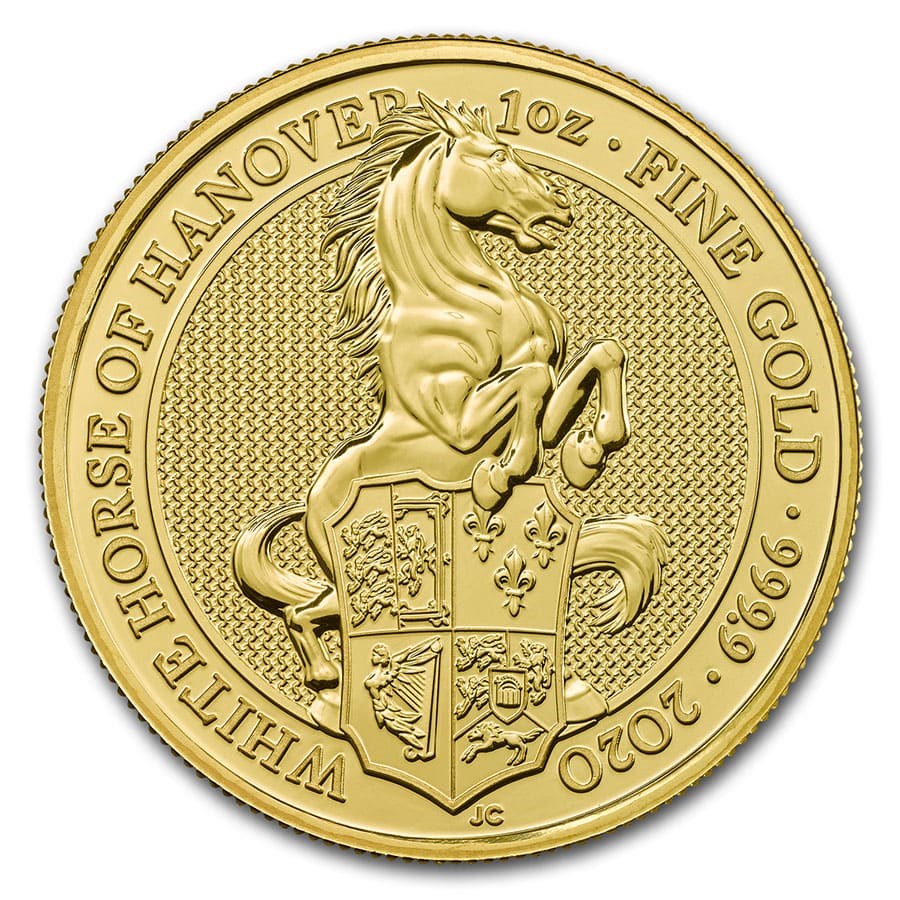 
Display your 1 oz Gold Queen's Beasts The White Horse in style by adding an attractive display box to your order.

Add the ninth coin of this popular 10-coin series to your cart today!

The Queen's Beast Series & The White Horse of Hannover
This 10-coin series was first introduced by The Royal Mint in 2016 with the introduction of the Lion in 1 oz .9999 fine Gold and 2 oz .9999 fine Silver. Since the first release, the series has been popular among investors & collectors alike, and has expanded to include bullion coins in 1 oz Platinum and 10 oz Silver, as well as Gold and Silver Proof releases in a variety of sizes. The reverse of each release features one of the 10 famous beasts, and the 2020 release features the White Horse of Hannover. In 1714, the rulers of the German duchy of Hanover, Georg Ludwig, succeeded to the throne of Great Britain as George I. He brought with him the heraldry of the region, including the ancient device of a white horse on a red background.

I am collecting one of each coin in this series. Four nines purity. Very detailed.

A good buy worth investing